A new world rooted in tomorrow’s fashion lifestyle is emerging from this historical spot in Amsterdam. 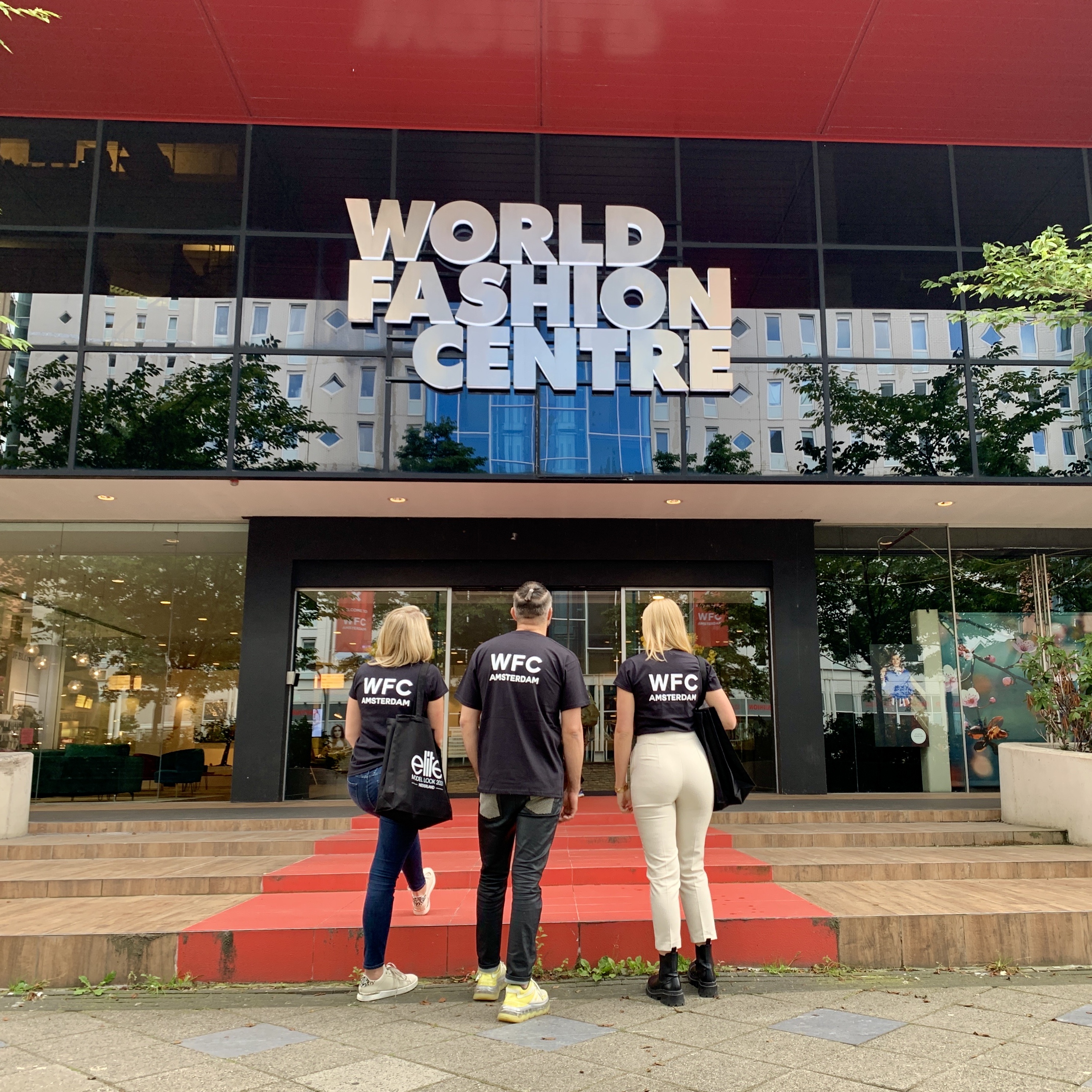 The Apparel Heritage of the Lowlands

The World Fashion Center Amsterdam story started on the 28th of March 1968 when Prince Bernhard, Consort to Queen Juliana of the Netherlands, opened Confectiecentrum, the country’s first-ever dedicated structure to the apparel trade. The 70s saw a fashion burgeoning in The Netherlands, resulting in a massive growth of apparel production. Confectiecentrum started attracting more and more companies supplying quality garment products to the world’s top fashion houses and clothing manufacturers. Soon, Dutch designers began setting up their ateliers in the building, gradually creating a palpable and distinctive fashion vibe felt in all corners of Confectiecentrum. Another dimension developed in the late-70s when a fashion university was set up in the building to meet the growing demand for fashion professionals in The Netherlands. As the 80s unfolded, over a thousand companies in the fashion business called Confectiecentrum home, prompting a logical (and some might argue, necessary) name change to World Fashion Center Amsterdam. With this new identity, a resounding statement was made about the building’s ambition to be the haven and hub of fashion.

There’s a Native American belief that a hunger for new land is woven into humankind’s DNA, which is why man is migratory by nature. Proof of this belief emerged at World Fashion Center Amsterdam.

The start of the 2000s saw tectonic shifts in the global fashion landscape. Heaps of new labels mushroomed while many legacy fashion companies disappeared. The consumer started getting used to fast fashion, affordable haute couture, and mega-retailers. As all this was happening, World Fashion Center Amsterdam started feeling stronger-than-usual migratory ebbs and flows of their tenants. A new pattern started forming of non-fashion sector companies moving in and fashion-related companies moving out. As the 2000s progressed, World Fashion Center Amsterdam faced increasing pressure to justify the building’s moniker. Would another name change ensue to reflect a new purpose for this glass, steel, & concrete ode to fashion in Amsterdam West?

While all this was happening at World Fashion Center Amsterdam, somewhere else in The Netherlands, a family was making its mark in the world of real estate. The Meijer’s introduced themselves in the early 1900s by purchasing and developing Westergasfabriek - a coal gas production factory in Amsterdam. When gas production was permanently discontinued at the site in 1967, the Meijer’s saw this as the ideal moment to transform Westergasfabriek into a community gathering point. That’s precisely what they did over the following decades as Westergasfabriek grew into a cultural village attracting entrepreneurs, creatives, and events that fit the values and vision of the Meijer’s and their former gas factory. As their real estate development portfolio grew across the Netherlands and Europe, a distinctive Meijer fingerprint became visible - the family invested in projects and properties with a clear element: heritage. From royal estates to legacy hotels, the Meijer’s could envision how a place could be transformed to reignite activity, draw in community, and support a core purpose without losing its history or values. Westergasfabriek is a perfect example of the ‘Meijer Method’ at work as a monumental transformation of the building still kept intact its heritage of serving the community - first by supplying them gas and then supplying them culture. The family’s approach worked like magic as Westergasfabriek became the home of category-defining events, including ID&T’s legendary dance festival Awakenings, Europe’s largest food truck festival Rollende Keukens, and the highlight of the Dutch fashion calendar, Amsterdam International Fashion Week.

In 2018 Dutch developer MRP co-founded and headed by Bart Meijer, acquired World Fashion Center Amsterdam. With the shimmer of its fashion-draped heyday visibly dimmed, the question emerged as to what would be in store for this historical structure nestled away in an outer corner of Amsterdam. The answer is as scintillating as it gets! MRP has set the stage for the reinvention of WFC Amsterdam - to make it the destination location for every type of fashion business, next-gen tech company, and fan of the planet desiring a holistically focused way of working, playing, and living. As I write this, MRP is in the process of finalizing a master plan that will secure the building’s place in the annals of Europe’s fashion history!

A big part of Bart Meijer and MRP’s vision is to connect World Fashion Center Amsterdam and its mother development project, Westas, to other key satellite hubs of Amsterdam. With all these exciting plans afoot, it’s no wonder both new and established companies from the fashion world are migrating back to this historic building. Apparel brands existing only online, global fashion webshops, digital content creators, and fashion-tech companies pushing the boundaries of innovation count amongst its new generation of tenants. And, of course, the world’s #1 talent search brand, Elite Model Look, that will be running its 2021 model hunt within its walls.

A new world rooted in tomorrow’s fashion lifestyle is emerging from this historical spot in Amsterdam. This is why it’s safe to say fashion is indeed heading back to its true home in The Netherlands - World Fashion Center Amsterdam.

Or as it's known today, WFC Amsterdam.