Williams vs Osaka - The Sequel

The 2021 Australian Open ended this past weekend. 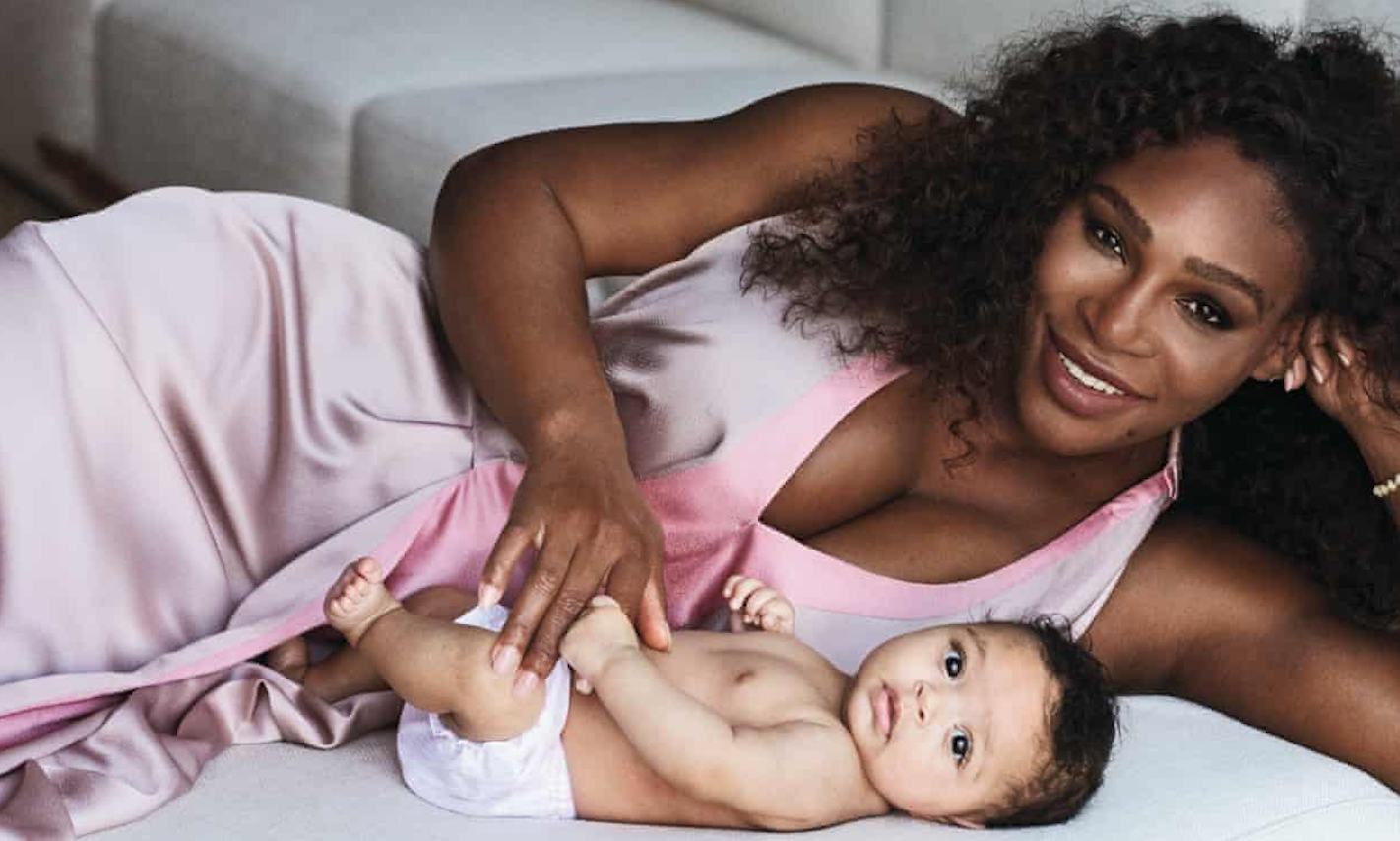 The 2021 Australian Open ended this past weekend. Serb veteran Novak Djokovic took the men's title, taking him to just two Masters from joining Rodger Federer and Rafael Nadal in terms of all-time career victories. But it was the women's tournament that highlighted a really fascinating trait of being human and triggered this stream of consciousness you're reading now.

Our story begins at the 2018 US Open Women's Final between 37-year-old undisputed superstar Serena Williams and 20-year-old Japanese rising star Naomi Osaka. Williams was just one match away from equalling Margaret Court's almost 50-year record of winning 24 Master's titles. Osaka was positively giddy from reaching the Final and playing one of her biggest heroes - Serena!

And then the match began.

Now on paper, the final chapter of Osaka's US Open debut should read like a 'happily ever after' fairy tale culminating in a 6-2 6-4 straight-sets victory over Williams to become the first Japanese player in the history of tennis to win a Grand Slam single's title! But instead, by the time the umpire called the match, Osaka was utterly distraught and in tears, Williams was consoling her, and everyone watching, including me, was aghast at what had unfolded.

Somewhere in the second match, goliath Serena Williams loses her cool from a mere warning from the umpire for illegal coaching, then, devoid of grace and professionalism, starts accusing him of theft then sexism, acting out like a petulant child, cursing under her breath and smashing her racquet even! All while being observed by one of her biggest fans - dear, innocent Naomi Osaka - with an expression on her face akin to a deer caught in the headlights. Serena Williams, that spoilt, selfish, sore loser with 23 Masters titles already under her belt, robs young Naomi Osaka of the elation that can only come from winning something this huge.
To me, William's despicable behaviour incontrovertibly contaminated the thrill and glory of victory - for Osaka, for Japan, and for all her fans around the world, especially me!
How dare you, Serena?!

Fast-forward 17 months later, and it's the 2021 Australian Open Women's Semi-final between the same two ladies. For Williams, her ongoing pursuit for Masters title #24 hasn't progressed since the 2018 US Open fiasco. On the other hand, Osaka has risen to World Number Two and is eyeing her second Australia Open title, making it a fourth career Masters win. The battle commences. Not too long after, an outcome almost identical to their 2018 encounter is registered as Osaka beats Williams in straight-sets, 6-3 6-4.

There was a difference, though, this time around. A big one!

Stoicism is a philosophy of personal ethics influenced by a logical view of the natural world. I discovered this invaluable body of wisdom through a dear friend, and afterwards, a book called 'Meditations' by Marcus Aurelius (yes, that Marcus Aurelius who ruled the Roman Empire for a bit). Stoicism contains four foundational virtues: Courage - Justice - Wisdom - Temperance. While much has been discussed about stoics being unemotional beings like Mr Spock of Star Trek, I've come to see the philosophy as one that fills a human being with purpose, drive, passion, and resources to manage the journey onward without losing oneself in the mission.

When Williams faced Osaka in the 2018 US Open Final, she was on the comeback trail after taking a year off to have a baby. It was only her second tournament, in fact, since her hiatus. With the second-best record in women's tennis and enough wealth to never have to pick up a racquet ever again, she instead chose to punish her post-natal body with gruelling training and exercise regimes that would torment far younger athletes. She was also 37 at the time, competing in a sport where women peak between 20 and 21. Osaka would turn 21 a little after the 2018 Final. So despite what the match-up looked like on paper, the odds were, in fact, stacked sky-high against Serena Williams. While she could have bowed out of the sport with endless plaudits upon getting pregnant, Williams instead chose to challenge for a record-equalling 24th Masters title. And did the work necessary to achieve it.
That's stoic courage.

Justice is a fundamental pillar of stoicism.
Williams snapped when the umpire's warning inferred she cheated. She yelled at him, "I have a daughter, and I stand for what's right for her! I have never cheated!" She reacted uncontrollably to the accusation. It could have been the adrenaline of the moment or the pressure of getting her 24th Master's or realising her body simply couldn't cope with her brilliant opponent's aggressive athleticism and performance. Whatever went on in William's mind and body only she knows. What I today see in that moment is a fighter undeniably long in the tooth giving her all in one of the most punishing arenas; pushing her mental and physical limits beyond expectation or possibility; then being crushed not by the blows of a better opponent (for the match wasn't over) but by what she deemed an absolute injustice.

Stoicism's virtue of temperance is described as self-control or restraint from arrogance, envy, and anger through the practice of non-violence and forgiveness.
So isn't that moment of Williams' meltdown (injustice or not) the exact opposite of temperance? When it happened, arguably yes. But temperance also is the ability to course-correct in response to behaving intemperately. Which is precisely what Serena did, for even as she lost her cool, concentration, and the plot itself, she never for a moment projected any negativity towards Naomi Osaka. At the end of the match, Serena hugged Osaka at the net and whispered, "I'm proud of you". Serena Williams lived the virtue of temperance in that one single act, restraining from succumbing to ignoble emotions and acknowledging a superior opponent. Stoicism isn't about preventing a fall. It's about standing up tall again after a crash.

Which takes this story to the virtue of wisdom. This one's interesting. With regards to Serena Williams, just showing up at the Australian Open at 39 with a toddler at home and under the shadow of that damned looming, elusive 24th title requires a heap of wisdom to handle. I would even daresay that Williams is wise beyond her age, for she's lived, survived and remains living the life of a soldier long and deep in battle - scarred, bloodied, yet strategically progressing on the battlefield, inch by inch. Williams may never win The 24th-Title War, but she's a true champion nevertheless. Just her showing up, warpaint on, and ready to rumble with the best of the decades-younger best is the mark of a just, courageous, temperate, and wise human being.

In a stoic light

As I watched Serena Williams lose to Naomi Osaka at last week's Australian Open Semi-final, something had fundamentally changed. It had nothing to do with the game or players. What was very different was the experience of the watcher. You see, as Osaka trounced Williams for the second time, I didn't feel jubilation. In fact, as she lost point after point, game after game then set after set, I felt increasingly in awe of Serena Williams. For I wasn't witnessing a tennis player any longer. Instead, I gazed at the personification of a majestic warrior, reminding me that results do matter, but how you show up and live your life matter most.
Serena Williams showed me what a stoic is and what a stoic does. So even if she chooses to never pick up a tennis racquet again, she's more than earned the right to be spoken of in the same breath as Marcus Aurelius for her exploits and especially, her disposition on the tennis court.